From Psychosis To Recovery: Reduced

I thought I would summarize the last three years of break down and recovery so that you can see in one article, the downs and the ups. I have just started work as a care worker and consider this the final part of my recovery.

I was first diagnosed with an existential crisis with elements of a psychosis two years ago. I was put on medication but did not take it thinking I could beat this illness. I was deemed not that bad and even took myself of to Prague to Teach English one to one. This was easy for me to do as I only worked one to one and could manage my illness as well.

When I went home for Christmas I walked out the house and into a full blown psychotic episode and spent three days running around the country on buses believing things were out to get me. I got of two buses thinking I was having a heart attack. I eventually went to my Buddhist monastery thinking I could get refuge but my psychosis  increased.

While I was on the run I believed someone was going to kill me but I managed to call 999 and an ambulance came to pick me up. I was found in the middle of the road believing I was talking to imaginary deities. I was taken to a mental health ward in Dumfries and spent 4 weeks getting better. This time I took the medication every day and got better.

After hospital I went home to my Mother and endured long term unemployment while battling suicidal thinking. While I was supposed to be recovering I found it difficult to gain any employment.  Eventually I found a job in a call centre which nearly killed my soul. A horrible repetitive job that made my suicidal tendencies even stronger. It felt like I wanted to throw myself under a train. This bothered me a lot so I ensured I was taking the medication every day.

After a few months answering calls from Mother’s desperate for trendy wellington boots my sister invited me down to London to look for work and better opportunities. While in London I still struggled with depression and suicidal thinking so I decided to go back to the doctors. I was given a second medication for using during the day time and after two weeks my suicidal thinking decreased and stopped all together.

Eventually I found another job as a care worker which I am doing now and this job is more doable. It’s the first time I have been back at full time employment for two years and it is exhausting but ok. I do not experience any psychotic symptoms and consider myself on the road to getting my full health and sanity back. The work isn’t quite what I want to do but I sense I will change work again and get back into to Teaching English as that is when I was at my happiest. Phew, what a ride. 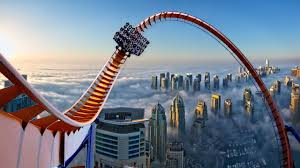