I always promised myself I would never tweet. The name itself conjures up two little robin red breasts sitting on a branch outside your window on a cold and frosty morning, twittering away. Ah how cute. Hell no. If it were so I would open the window and shout, shut the fck up ! and watch them fly away twittering their discontent. 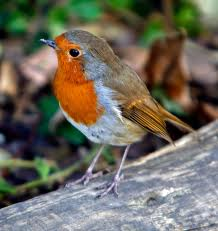 I know it sounds cruel and I do love and respect all beings but this twitter is the final nail in the coffin. I had my suspicions that the original intentions of the internet as a global tool for the mass comunication of information would be hijacked by the vanity of human beings and put to pointless use, and now it seems that nightmare has come true.

Initially it was My Space, Friends, and You Tube that young people tuned into. Note I say ‘young’ people. Most adults were still transfixed to the telly, or down the pub whilst the kids were busy watching You Tube videos of farting babies or kittens drowning in bowls of custard.

Then along came ‘Facebook’  a cheap and easy software platform to parade our egos.  It was still possible to avoid in the early days as people worked out the need for posting photos and messages of what they were eating for dinner tonight, or the new shoes they had just bought.

I love it how Mark came up with a simple idea to get people to reveal all their secrets whilst he made billions from that information.Any chance of a share of the dividends ?

It wasn’t too long before things would catch on and you would over hear whispering at work. ‘Did you see that on facebook’, or ‘what’s the latest twitter trend’ and the very idea of not being on facebook was far worse than admitting that you thought Genhghis Khan was the brother of that well know soul singer.

So now I am on Facebook and desperately hoovering up as many friends as I can so that when I do post a comment I am not stuck with the embarrasing no replies underneath, or worst still no fucker likes the picture of my home made tagliatelle …..and to add insult to injury I joined twitter as well but I am still working out what it is the world needs to hear in 140 characters.

So here I am a Social Media darling posting my latest buys, sharing the family secrets, and twittering to the world. Please do add me on Facebook, Tweet me when you pass by, and if you ever see me drunk and dancing in a nightclub.Don’t post it on YouTube.