I’ve been fighting that word since I started University this summer. MATURE. I suppose at the age of 42 I should consider myself mature but I didn’t want to be singled out as a mature student. How was I supposed to act ? What was I supposed to say ? Only two weeks ago my face was wrapped around a lamp post in central Amsterdam. An incident brought on by too many beers and not enough balance.Was that mature ?

Here I was surrounded by students half my age. Should I high five one of them or just keep in the background ? I stayed in the background. I could see that most of them had just left home and the last thing they wanted to see after being freed from the family prison, was some bearded MF’r that reminded them of their Dad.

Worst still were the ones from divorced backgrounds, all projecting their unresolved resentments on me. They stared the hardest and the longest. I felt like shouting, ‘I’m not your Father, don’t blame me ?’.

Initially I thought about attending the students Nineties rave night. I mean after all I was there, and I could swap stories of the times I had, show thes kids how to do the ‘stacking the shelves’dance. Unfortunately my half joke about ‘bringing ecstasy’ was met with stony silence.

I slinked to the back of the group and turned up my Coldplay track miming the words to ‘Yello’. I then asked myself, is Coldplay cool ?’. I turned the music down a bit and made sure this weekend that I would upgrade my music selection.

It’s always tough when you make changes, and steering an ocean going vessel, mid way through your life, a full 180 degrees, is no mean feat. But I’ve done it. I started with the ridiculous question, what is it that makes my heart sing ? and two years later, after handing in a job that paid 60K for doing not much, and leaving a comfortable flat in Amsterdam, I am now a student.

Fair enough I live in a smelly single bedsit flat, in a rainy and windswept town called Menai Bridge, surving on fifty pounds a month with baked beans my only source of comfort. And you know what ? I love it. Pursue your dreams, pursue your passions and watch your world change. 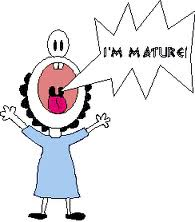